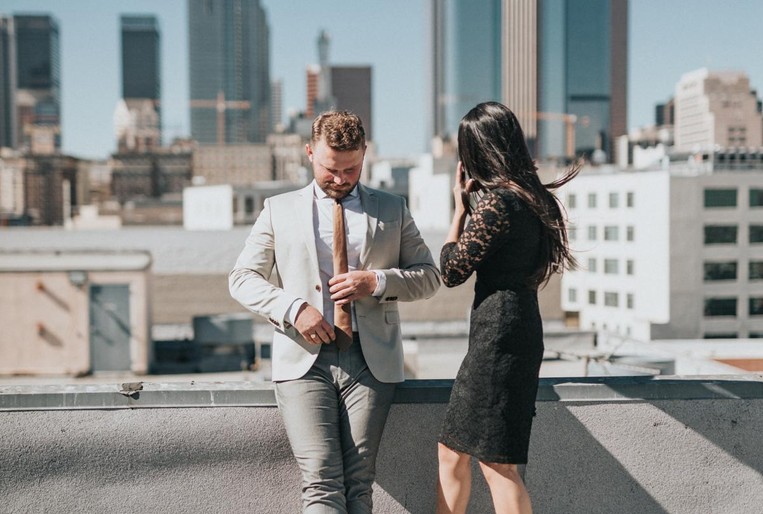 Begin With An Attitude of Respect

Partners in most marriages start with high levels of positive feelings toward one another. For example, during a pre-marital counseling session, I asked Susan what she loved about John. She said John was her best friend. John gave the same answer. Susan was his best friend. As I listened to the two of them, it was hard to imagine their relationship running into trouble.

Fast forward three years. The couple now has a one-year-old child, and Susan is balancing working and being a mother.  She is worried about finances and about being a good mother. When she tries to talk with John about her feelings, he is dismissive and gets defensive. She is hurt by his response. She withdraws in anger and doesn't tell him about the hurt. John thinks his wife is too preoccupied with the new baby.  He feels neglected and fears she is not attracted to him. When he tries talking to her about his desire for intimacy, she withdraws and shuts down. He gets angry and turns away. He doesn’t tell her about his fears and the pain of feeling rejected.

Over time, the couple gets caught in a conflict pattern in which John pursues Susan, and she shuts down and withdraws. Over time, John’s pursuit is punctuated by angry attacks. His feelings of rejection are buried under a growing pile of resentment. Eventually, they settle into a pattern of mutual withdrawal in which they both hide their emotional vulnerabilities. They are becoming emotional strangers.

Disappointments and frustrations in close relationships are inevitable. Partners experience feelings of sadness, irritation, hurt, and resentment. In the early stages of conflict, partners may not express their feelings or express them in ways that activate a negative cycle of criticize-defend. Gottman’s famous Four Horsemen of the Apocalypse - criticism, defensiveness, contempt, and stonewalling - identify these relationship-toxic behaviors.

Over time, a couple may become trapped in a repetitive cycle of blame and negative reactivity. Couples caught in such negative cycles can begin to lose their sense of connection and affection. The wife says, "You forgot to put the mail out yesterday and now the payment will be late." The husband interprets this as an attack, so he says something like, "You get so uptight about the bills. It is no big deal. I can pay them online today.” And so, the negative dance goes on, and their relationship cools.

"Over time, a couple may become trapped in a repetitive cycle of blame and negative reactivity. Couples caught in such negative cycles can begin to lose their sense of connection and affection."

Respect Yourself: Valuing and Knowing What is at Stake for You

Arguments often fail because, when we are upset, we express our feelings and concerns in unskillful ways. People who are destined to succeed in their relationships realize the reasons they are upset, or have trouble with their partners, may run deeper than the present situation. Often, there is something important at stake. At some point during an argument, people destined for success pause, recognize they are in a familiar conflict cycle, and take the conversation to a different level. They have respect for their experience. They may say something like, “OK, I think I just figured out why this bothers me so much… I’m worried that…what I really want is …”

Underlying needs that often drive the feelings and actions of people in specific situations are needs to feel safe, loved, respected, understood, and supported. Ask yourself, “Are any of these needs driving my upset feelings in the current situation?” Unless you are able to tune into your softer feelings, recognize your underlying needs, and express your experience skillfully, the deeper issues that lie beneath your reaction(s) may leave the real issues unaddressed. Try asking yourself the following questions:

How do people who receive understanding and cooperation from their partners go about getting it? Nothing shuts down a conversation faster than when your partner believes you have already decided they are wrong or guilty. Ideally, partners avoid jumping to negative conclusions about the other person and try to keep an open mind when their partners do things they don’t like. They understand that if they assume the worst of their partner, they will get the worst.

"People on the road to relationship success give their partners the benefit of the doubt - that is, they assume there is an understandable reason for their partner’s words or actions, even if they do not know yet what it is."

In contrast, when people who are on the road to failure in their relationships are faced with words or actions from their partners that are upsetting to them, they assume their partners are acting this way because they have misguided priorities, reasoning, motivations or intentions, or that their partners have faulty personality characteristics (e.g., “my partner is just uncaring, controlling, irresponsible, insensitive, etc.”). That is, they are judgmental.

If you decide in the beginning that your partner has done something “wrong,” behaved badly, or that their thinking is “off,” you’ll join the company of those destined to fail in their relationships.  Respecting your partner’s right to have another point of view is a way to avoid being judgmental or critical.   Giving respect does not mean you have to agree with their point of view. Try thinking something like:

"If you decide in the beginning that your partner has done something “wrong,” behaved badly, or that their thinking is “off,” you’ll join the company of those destined to fail in their relationships."

Developing and nurturing attitudes of respect for yourself and your partner create an environment in which you can safely learn and apply communication skills that support mutual understanding and responsiveness. Your internal attitude is so important because it affects your nonverbal behaviors such as tone of voice, facial expressions and body posture. Proverbs 4:23 states: "Above all else, watch over your heart; diligently guard it because from a sincere and pure heart come the good and noble things of life" (The Voice Bible).

*These principles are based on my training with Brent Atkinson at Northern Illinois University and his book, "Emotional Intelligence in Couples Therapy". 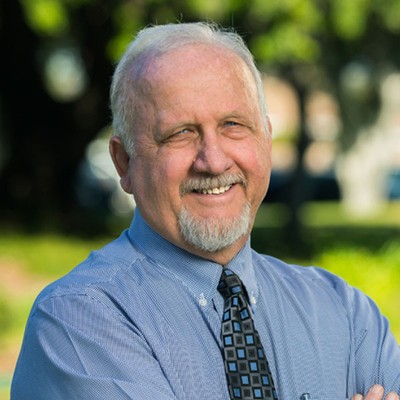 Keith Edwards is currently professor of psychology at Rosemead School of Psychology, Biola University, La Mirada, CA.  He holds an M.A. and Ph.D. in quantitative methods and a Ph.D. in clinical psychology.  Dr. Edwards is a licensed clinical psychologist and is a staff therapist at the Biola Counseling Center, specializing in marriage therapy. He has served as dean of the Rosemead faculty, as well as holding faculty positions at Rutgers University and Johns Hopkins University before joining the Rosemead faculty in 1973. He lives in Hacienda Heights, CA with his wife, Ginny. They have been married since 1966 and have three children and six grandchildren. 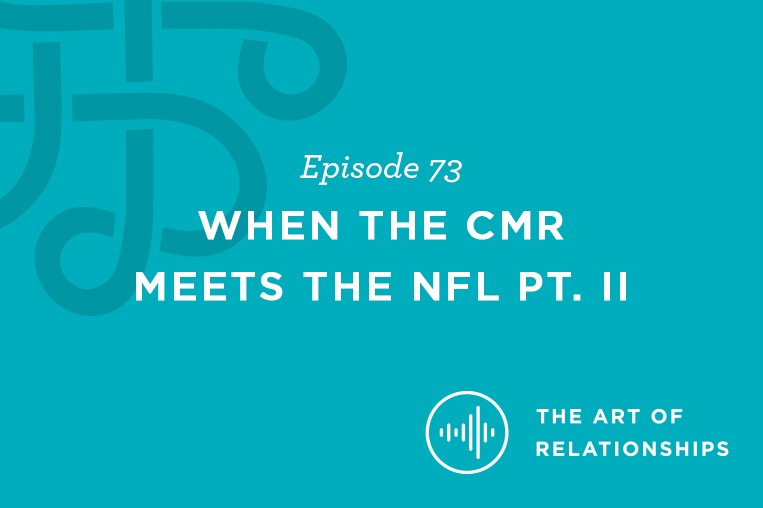 "They Are Still Upset At Me!" 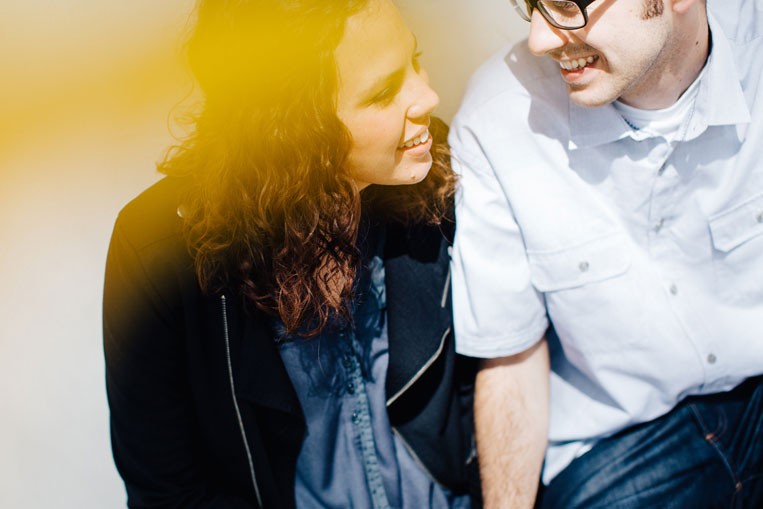 How To Deal With Your Partner's Faults 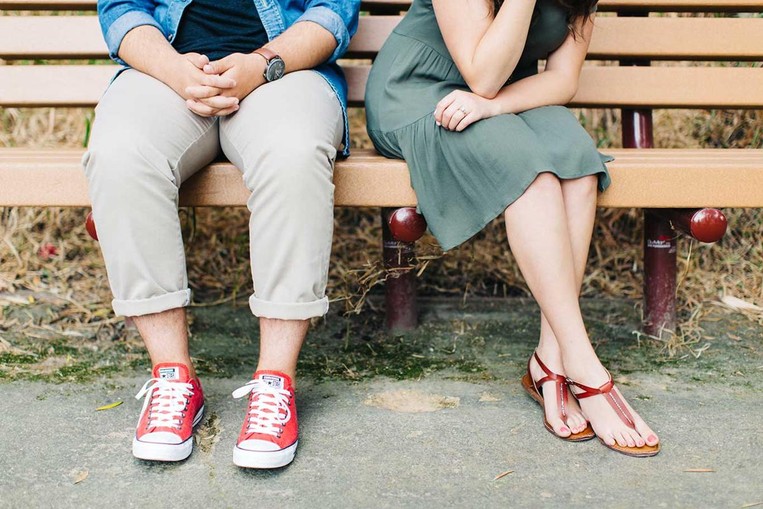 Relationship Status: "It's Complicated" ... Or is it?