Turning Conflict Into An Ally 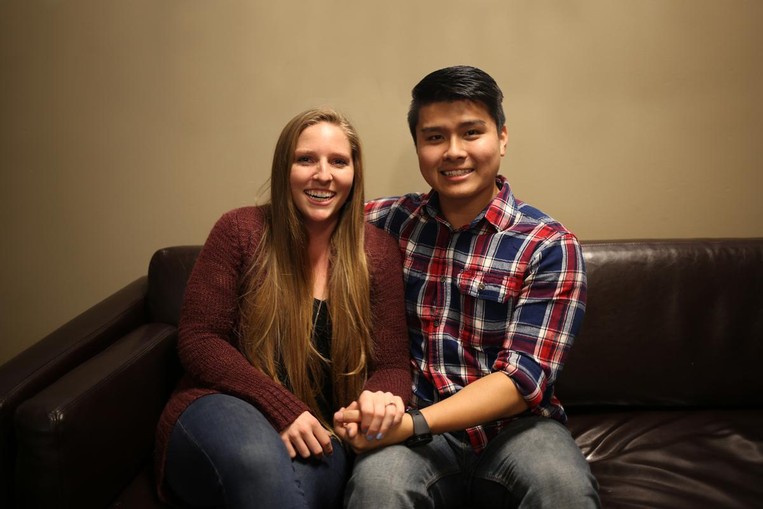 Ben Franklin had a point when he said: “An ounce of prevention is worth a pound of cure.”

CMR is dedicated to prevention. That's why we’re seeking to raise $25,000 to meet the match by December 31st. Your generous support is helping young couples, like Kenny and Rylie, lay a strong, Christ-centered foundation before getting married.

Kenny and Rylie began dating as college students and decided to get engaged.  Soon, they recognized that her history of a painful past relationship and their poor communication and conflict management skills were damaging their relationship. They wanted to be intentional about building a marriage that would last a lifetime, so they sought help from the CMR.

“The premarital small group was hugely helpful,” said Rylie, “especially reframing the way we have conflict. We learned good ways to resolve conflict. The concepts are easy to grasp but difficult to apply. It really takes practice, and the group forced us to practice resolving conflict well.”

Kenny adds, “The group helped to reframe our arguments and use conflict to understand each other more. Those techniques were so helpful. I wish I had known them way ahead of time, even before we met!”

In addition to attending the premarital small group, Rylie took the undergraduate Christian Perspectives on Relationships class at Biola, and together they attended the CMR’s Biola Couples Conference (for seriously dating and engaged students) as well as the recent Going Deeper Together marriage conference.

Having only been married for six months, they’ve been asked to help lead a young marrieds’ small group at their church!

“I don’t think we would have had the confidence or knowledge without CMR’s conferences [and] premarital counseling,” said Kenny. “The professors have given us a lot of insight. We talk about all the things we learned in our premarital group… and use their material to help other couples, too.”

It’s stories like these that propel us to help foster healthy, Christ-centered relationships here at the CMR. Couples like Rylie and Kenny have built a strong foundation for their marriage, and we want to help others do the same. But we need your help.

As we said earlier, a generous supporter has offered to match every gift, dollar for dollar, (up to $25,000) given by December 31. Would you prayerfully consider helping us meet the match through your year-end gift to the CMR today?

Together with your support, we can continue preparing young couples like Kenny and Rylie for marriages that last a lifetime.