The Forgotten Discipline of Solitude, Pt. 3 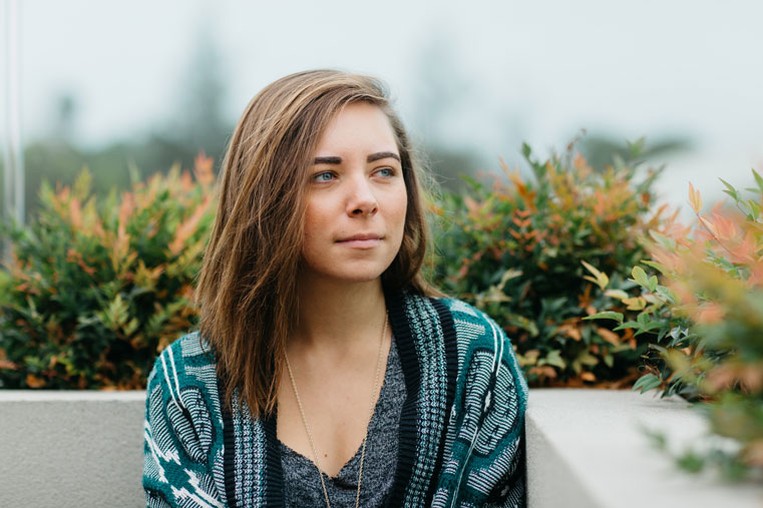 “I am really appalled and frightened at my lack of discipline when it comes to using my phone. It has become so ingrained that throughout the day I text whenever I want.”

“Facebook is really hard for me to cut out. I have a routine that consist of waking up each morning and checking my Facebook and email. I feel addicted to Facebook.”

“I feel that each moment has to be occupied.”

“It was really difficult for me to sit in silence. I realize that I use every minute of my time to get something done.”

I had asked my students to go three days with limited access to social media or technology. While most thought going unplugged for three days wouldn’t be a problem, the comments you’ve just read indicated how deep the struggle was to create pockets of solitude. In short, we are uncomfortable with a key discipline in Scripture—solitude.

How can we reclaim this crucial spiritual discipline especially when we are experiencing conflict with friends or spouses?

How to make solitude effective

As we carve out times of silence and solitude in light of our relationships, we need to focus on two things.

1. Ask for insight into the conflict we are facing.

First, we need to ask God for insight into the conflict we are facing. As I seek to resolve disagreements with others am I behaving in a way that God would find pleasing? Am I extending grace to those who disagree with me? What role do I play in this conflict? Do I regularly meet an insult with an insult? What keeps me from offering a blessing instead? Am I speaking more truth than love? Taking time to allow the Spirit to answer these questions is crucial. “To simply refrain from talking, without listening to God, is not silence” (Richard Foster, Treasury of Christian Discipline).

Second, we need to become aware of our own internal dialogue and check negative thoughts about a person. For solitude to be effective we must, as the apostle Paul suggests, learn to take captive our thoughts (2 Cor. 10:5). Paul is using a military metaphor where soldiers identify an enemy, subdue him, and take him captive. If my times of solitude are invaded by negative thoughts about another person then I will be distracted and preoccupied rather than quiet.

The difficulty of managing our thoughts

Recently, I learned how hard managing thoughts can be. While we have three boys who play sports, my wife and I have been able to stay out of the ugly politics often associated with organized sports. That is, until last year. A group of angry parents accused one of our boy’s coaches of verbally abusing players and brought the issue before the school board. We knew the coach and thought the claims completely unfounded. I was asked to speak to before the school board and give my opinion. The room was packed mostly with parents who supported the coach, except for an angry and determined minority. I carefully defined verbal abuse from an academic perspective and stated that in all the years I’d known him I’d never seen him be abusive in games or at practice.

After the meeting we were shocked by the response from those who disagreed.  My family and me became targets in chat rooms, electronic bulletin boards, and Facebook. Some even called into question my faith by asking how a so-called Christian could defend a man who abused kids. I was hurt and angry. I knew I needed to be alone with God to gain perspective, but it proved difficult. Every time I attempted to be silent before the Lord my mind would race toward negative thoughts about individuals. For a time, I went to bed and woke up thinking about them. My attempts at solitude were futile. C.S. Lewis argues that for many of us the worries or struggles of life come rushing at us “like wild animals.” Our job, suggests Lewis, “consists in shoving them all back” and opening ourselves to God’s voice. But, how? How do we shove back the negative thoughts toward others as we attempt to be still before God?

During this time of personal attack I came across an ancient prayer adopted by the early church. This prayer, referred to as the Jesus Prayer, is derived from Gospel of Luke where in desperation a blind man cries out, “Jesus, Son of David, have mercy on me!” (Lk. 18:38). This prayer, often simplified as “Lord Jesus have mercy on me,” has been used by God in remarkable ways throughout Church history. I have found it crucial in learning to manage my intrapersonal communication. When I spend time with God in solitude and begin to entertain negative thoughts I counter with, “Lord Jesus, have mercy on me!” This phrase is not only a prayer, but a way of controlling my self-talk. Once these negative thoughts have been blunted, I remind myself of things I know to be true of the other person: he or she is loved by God, just as God’s Spirit is working on me I can be assured that the Spirit is equally convicting him or her, and the realization that the person with whom I’m in conflict faces pressures and struggles unknown to me.

How many times should I utilize this prayer? Use it to counter each negative thought that is pervading your intrapersonal perception and inhibiting solitude. After a while, the Jesus Prayer can be replaced or augmented with Scripture. If you feel a pervasive lack of peace concerning a relationship or conflict it may be helpful to pray through Paul’s prescription for anxiety when unsettling thoughts come: “Do not be anxious about anything, but in everything, by prayer and petition, with thanksgiving, present your requests to God: (Phil. 4:6).

In the end, our ability to engage ourselves and God through solitude can not only powerfully draw us closer to God, but also draw us toward individuals most dear to us.